Below are two options for you to consider as you determine the topic of your research paper on Mary Shelley’s Frankenstein; or, The Modern Prometheus.  Please note that your last option allows you to create a scholarly topic of your own in consultation with me.  Have a spooktacular time with this assignment!

“Thou hast a voice, great Mountain, to repeal / Large codes of fraud and woe,” says Percy Bysshe Shelley in his meditative “Mont Blanc” poem.  On the slopes of Mont Blanc, the Creature tells his tale to Victor, and both central characters, as well as Elizabeth, voice an argument for such justice.  How is this triangulation of Mary Shelley’s voices also the central voice of that sublime mountain so revered by Percy Bysshe Shelley? And how is this synthesized voice and central argument of the Shelleys a dedicated and collaborative contribution to the philosophical anarchism, skepticism, and intersectionality of their family tradition of Godwinian progressivism first defined by William Godwin and Mary Wollstonecraft Godwin, Mary Shelley’s radical parents?  It is no wonder that the conventional, reactionary public considered the novel as well as the family a Gothic Terror of Jacobinism!

[The Shelleys were dedicated to Godwinian progressivism, which is represented by William Godwin’s Enquiry Concerning Political Justice (see excerpt in Tenth Edition of The Norton Anthology of English Literature:  The Romantic Period) and Caleb Williams (extra-credit reading if you read it by the end of the semester, and I recommend this Penguin Classics edition with its resources on Godwin’s other writings as well as literary criticism by the scholar Maurice Hindle)  as well as Mary Wollstonecraft Godwin’s Vindication of the Rights of Women (see excerpt in Norton anthology).  How is Mary Shelley’s allegiance to that family tradition made clear on her novel’s dedication page?  How does Percy Shelley indicate his and his wife’s devotion to Godwinian utopianism in his “On Frankenstein” review (in Norton Critical Edition)?  How does the “Mont Blanc” poem represent the Godwinian tradition?  How does the novel use mountainous symbolism to help stage a Godwinian argument voiced by three of the novel’s characters: Victor, the Creature, and Elizabeth.  Lastly, build upon what William St. Clair describes in “Frankenstein’s Impact” (in Norton Critical Edition) as the Victorian’s reactionary and conspiratorial coverup of the novel’s radical family vision, and use Clair’s argument about restoring the original and progressive moral of the novel to help you revisit Victor Frankenstein’s original creative vision and his moments of concern for justice on behalf of the Creature.  Discuss the original Victor as the embodiment of Godwinian Romanticism, a synthesis of the Enlightenment devotion to empirical science and skepticism as well as the Romantic devotion to intuitive nature and the active mind of imaginative creation, to qualify William Bate’s reductive reading in “Frankenstein and the State of Nature” (in Norton Critical Edition) of Victor as merely a character of Enlightenment tradition having nothing to do with Romanticism.  To explore the Gothic and the creatrix dimension of Nature in the lives of the characters and authors, use “Female Gothic: The Monster’s Mother” by Ellen Moers.  Also, use Stephen Greenblatt’s biographical literary criticism sketches in the Norton anthology of Percy Bysshe Shelley and the other family members to properly portray the complexity of character their family represents.  Clarify the ethical and strategic purpose of the novel and how its vision is a tragic homage to Godwinian Jacobinism in the strategic, popular guise of Gothic Romance.]

Create your own topic of interest on the novel Frankenstein in relation to one other British Romantic from our survey.  You must consult with me for topic approval and guidance prior to starting your paper and research.  For your main primary work focus, discuss Mary Shelley’s Frankenstein in relation one other Romantic:  Blake, or Wordsworth, or Coleridge, or De Quincey, or Mary Wollstonecraft,  or Percy Bysshe Shelley.  In a comparative literary analysis of these two main primary works, analyze how the two authors share passages similar in style and the social idealism of Romanticism.  In the body paragraphs of your analysis, include a brief but engaged use of at least two secondary sources of literary criticism, with which you disagree or qualify or expand upon, to help you enhance your focus on the shared style and/or central issue of their revolutionary social vision that you explore.  If your topic is such that it widens the context beyond the main two primary works to another primary work that is not literary criticism, that is encouraged, too, but you must still include a minimum of two secondary sources of literary criticism.  Consult with me about your topic for approval and guidance prior to starting your paper and your research.)

How to find and use a critical secondary source for a scholarly paper:

How to find a unique focus and sharpen that focus according to a school of criticism:

Brainstorm for a unique angle:  What most interests you?  What specific topic will be your focus?  Alchemy? Abolitionism? Class struggle? The Prometheus myth?  A philosophical angle such as the philosophy of Rousseau, Kant, or Hume?  A Freudian study of Fuseli’s famous artwork and how it compares to the novel and one other work?  A Wollstonecraft study of Delacroix and the novel’s characters as the embodiment of Lady Liberty? Jacobin revolution and reaction? The monster motif in Percy Bysshe Shelley’s poetry and the novel and the warped vision of Frankenstein in popular culture media?  The possibilities are endless, but find a focus of greatest interest to you.

Consider adopting a particular school of literary criticism:  Such an angle will be of great help to you in specifying a highly advanced focus.  See me if you for some reason you did not cover such literary schools of criticism in American Literature last year or if you need help refining your focus.  First, though, explore this Owl site from Purdue University for definitions and key questions for each literary school of criticism listed above and on this online site:  https://owl.english.purdue.edu/owl/resource/722/01/.

Critical Views Library Quest.  Find every book from Bloom’s series on the

Romantics and two sources of literary criticism due by end of class) - Mon., Nov. 5 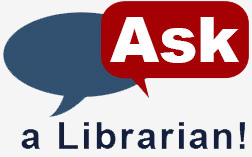